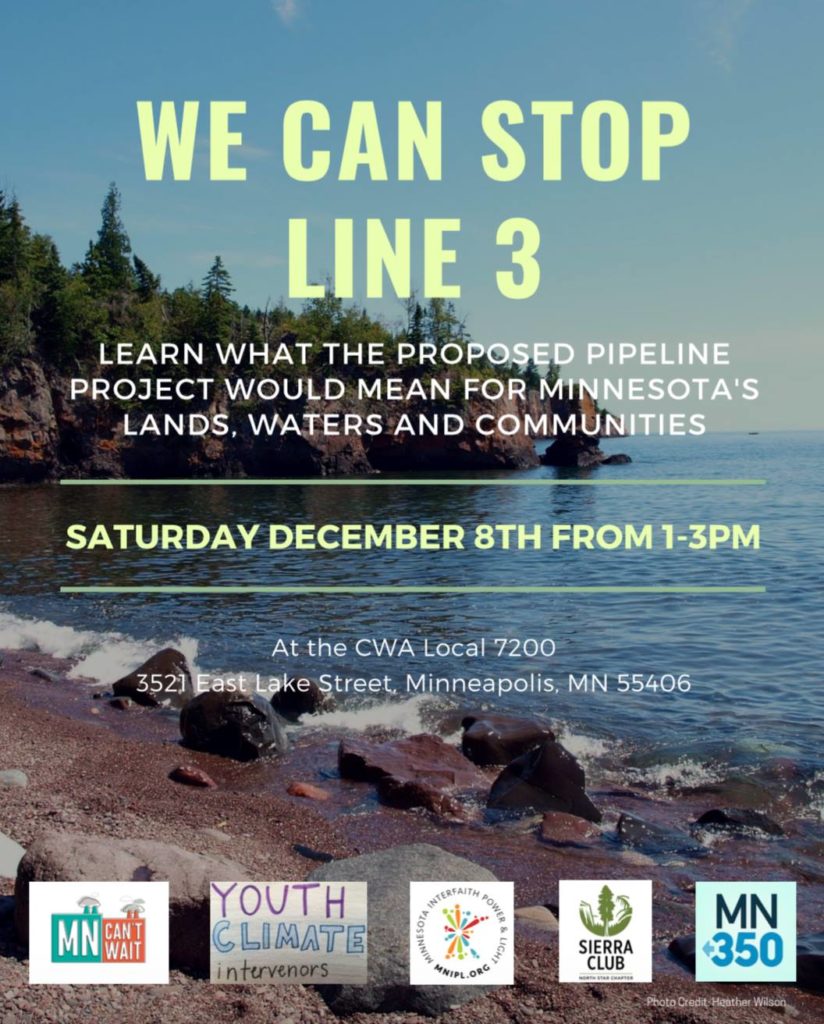 We Can Stop Line 3

The effects of climate change are already being felt in many places around the world, but how are Minnesotans trying to mitigate those effects? One way is by preventing the construction of a new pipeline, Line 3, that would cut across Minnesota, from Alberta, Canada to Superior, Wisconsin, where it will connect with a network of pipelines across the United States. The proposed Line 3 pipeline would require the construction of a new corridor, crossing the Mississippi twice, and carrying tar sands oil, one of the dirtiest forms of fossil fuels.

The Line 3 pipeline is not needed, and Minnesotans will not benefit from its construction, but instead bear the burdens of a new pipeline corridor through pristine lands and waters and protected treaty lands. Join the Sierra Club on December 8th from 1-3pm to learn about the proposed Line 3 pipeline, where it stands in the permitting and construction process, and what the consequences of its construction will be.